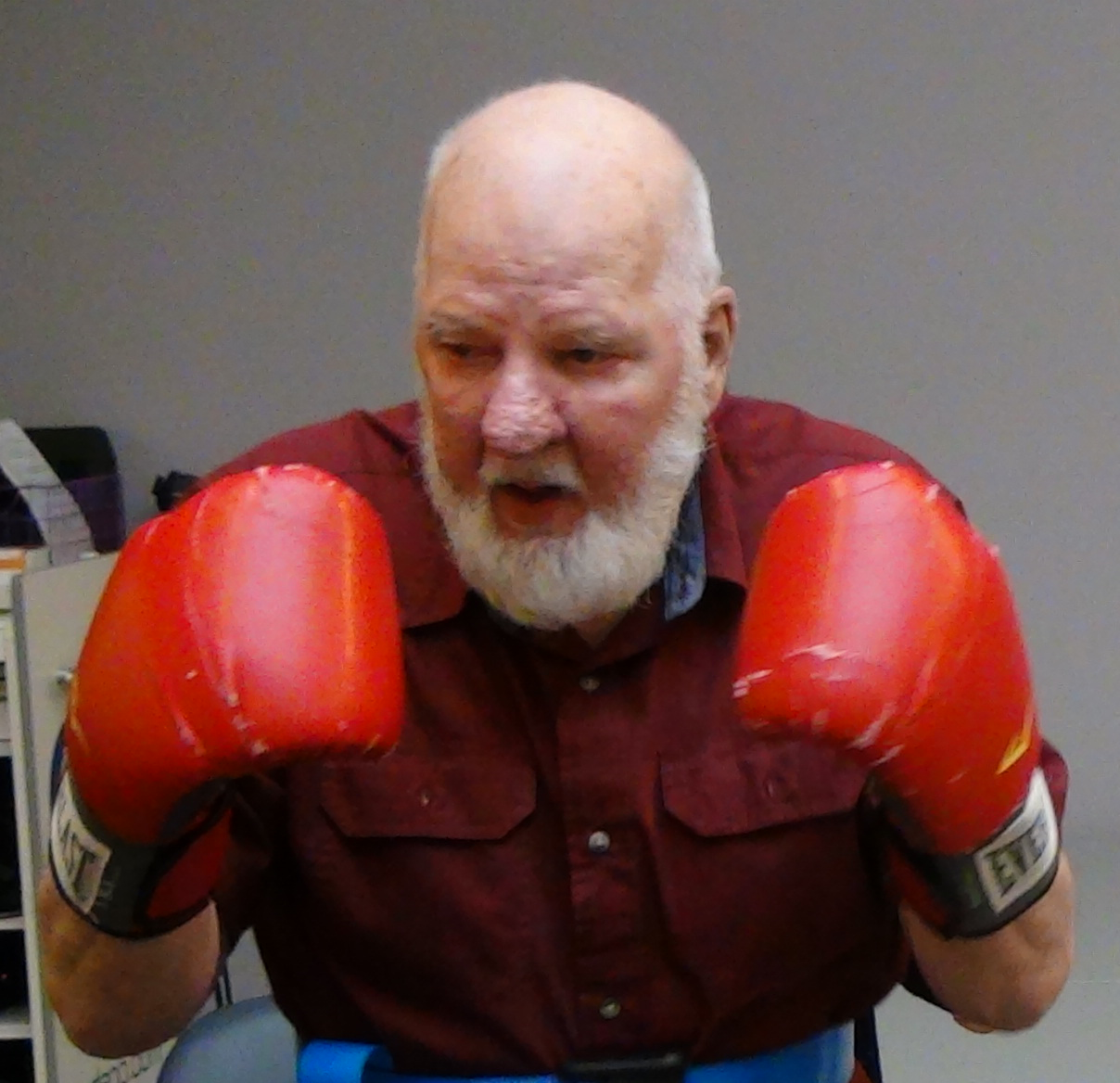 When Jerry Clendenning began shaking a few years ago, his doctor told him it was probably a side effect of his back medication. Eventually, the shaking got worse. In December 2016, after feeling dizzy and light-headed, the 76-year-old veteran was admitted to the hospital where the on-call neurologist confirmed Jerry had Parkinson’s disease (PD) not a stroke.

PD is a chronic, neurodegenerative disorder marked by tremors, slowed movement, impaired balance, decreased coordination, and muscular rigidity. Jerry had hand tremors, shuffled when he walked, had difficulty using his hands, and had problems getting up, unaided, from a chair.

Although PD is a progressive disorder, there are ways to effectively manage the symptoms. Jerry came to Sheltering Arms to work with Robert Hand, PT, DPT, MSCS, LSVT BIG® Certified Physical Therapist, and PD Program Lead. “The basic principle with Jerry’s treatment was that his brain is dampening his movement. We needed to retrain him how to move. For example, if he tries to lift his arm, the normal signal to the brain to lift his arm up results in a small movement. What we do is teach him to move with a higher amplitude/intensity – exaggerating the ‘lift up’ signal creates a normal movement,” said Robert. Recent PD research has shown exercises must focus on amplitude, or large movements, to make long-term change.

With therapy and home exercise, Jerry is managing his PD. His wife, Nancy, oversees his homework. “At home, he’s much better. We have steps that go down to the basement – his man cave. I was getting afraid for him to actually go up and down those stairs. Since starting therapy, he’s done really well. He couldn’t get up out of a chair without struggling to get up. Now he just leans over like Robert taught him and he can stand right up. I was almost to the point where I was going to have to button his shirts for him. Now he’s doing that. He couldn’t walk out of the house to the yard and back. He can do that without a cane. He’s getting progressively better the more we do the exercises,” said Nancy.

When asked what his favorite exercise was, Jerry smiled and said “boxing.” You would not expect that response from someone who has shaking and balance issues; however, boxing is a great exercise for PD patients because it works on posture, stepping movements, and whole body strengthening. Now Jerry is stepping forward, backward, twisting, and throwing punches. The control he’s gained in his base of support has motivated Jerry. “I’m ready for boxes classes now,” he said.

Sheltering Arms will start Power Punch PD boxing classes this spring. If you have PD or movement disorders that impact movement quality, coordination, strength, and endurance, Power Punch is for you. For more information on Power Punch, click here or call 804-764-5275 to schedule an initial assessment.