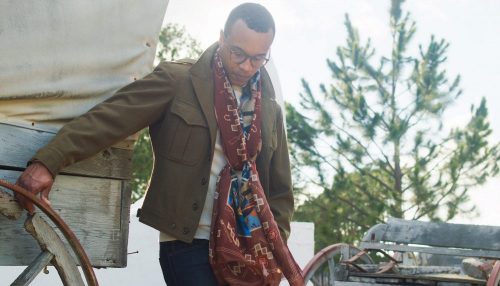 Marcel Ames wanted to be a police officer. His future stretched before him like a golden pathway highlighted by public service, job security and friendship with his fellow recruits. On November 13, 2014, his plans changed dramatically when he suffered a concussion during a training exercise. He recalls waking up the next morning after the incident feeling awful: disoriented, nauseous, and a pounding headache. He went to the doctor who told him to take some medicine for the pain and “be tough.” Marcel carried on with the police training and engaged in physical exercises that ultimately led to a relapse a month later. His frustrating odyssey with worker’s compensation began.

Marcel’s injury was compounded by an onslaught of problems in his life. All at once, he experienced the uncertainty of his professional life, the death of his father, the loss of his family home, and the myriad problems associated with dealing with his father’s estate. The stress was immeasurable.

Fast forward to the moment when Marcel arrived at Sheltering Arms for treatment. He finally felt that he was in capable hands. Marcel recalls, “They started me on a trifecta of treatment and I worked with specialists to help heal different facets of this injury.” He adds, “I loved being treated at Sheltering Arms. It was a team that moved as a unit and they were so compassionate.”

Marcel was ordered to rest for a month combined with targeted physical therapy and psychological counseling. His doctors assessed such symptoms as sensitivity to light, eye movements, and changes to gait. He says, “I really needed help with those symptoms to heal.” According to Marcel, the chemical imbalance in his brain coupled with physical limitations caused him to have suicidal thoughts. He is grateful to the whole team who cared for him.

As part of his recovery, the doctors at Sheltering Arms encouraged him to write down his goals and dreams. They helped him cope with the problems brought on by the concussion. In desperate need of an outlet, he began sketching ideas at the kitchen table. Suddenly, a spark of creativity started that would change the course of his life.

His sketches became beautiful and detailed drawings. Marcel had never taken an art class nor did he have any experience! Menswear design had always been a hobby, but this was something new. He continued to work on his ideas and set goals. Since the first drawings, he successfully launched a new company called X of Pentacles named after a meditation card that symbolized the fruits of labor. He currently designs menswear accessories for such prestigious businesses as Ledbury. Marcel has been featured in Gentleman’s Quarterly Magazine and Virginia Living. He concludes, “I am so grateful that the doctors and nurses at Sheltering Arms were there for me and I wasn’t just a number anymore. I felt like they cared.” From adversity to creativity, Marcel Ames redesigned his future and inspires us with his story.