He was in a coma for a year. You should see him now. 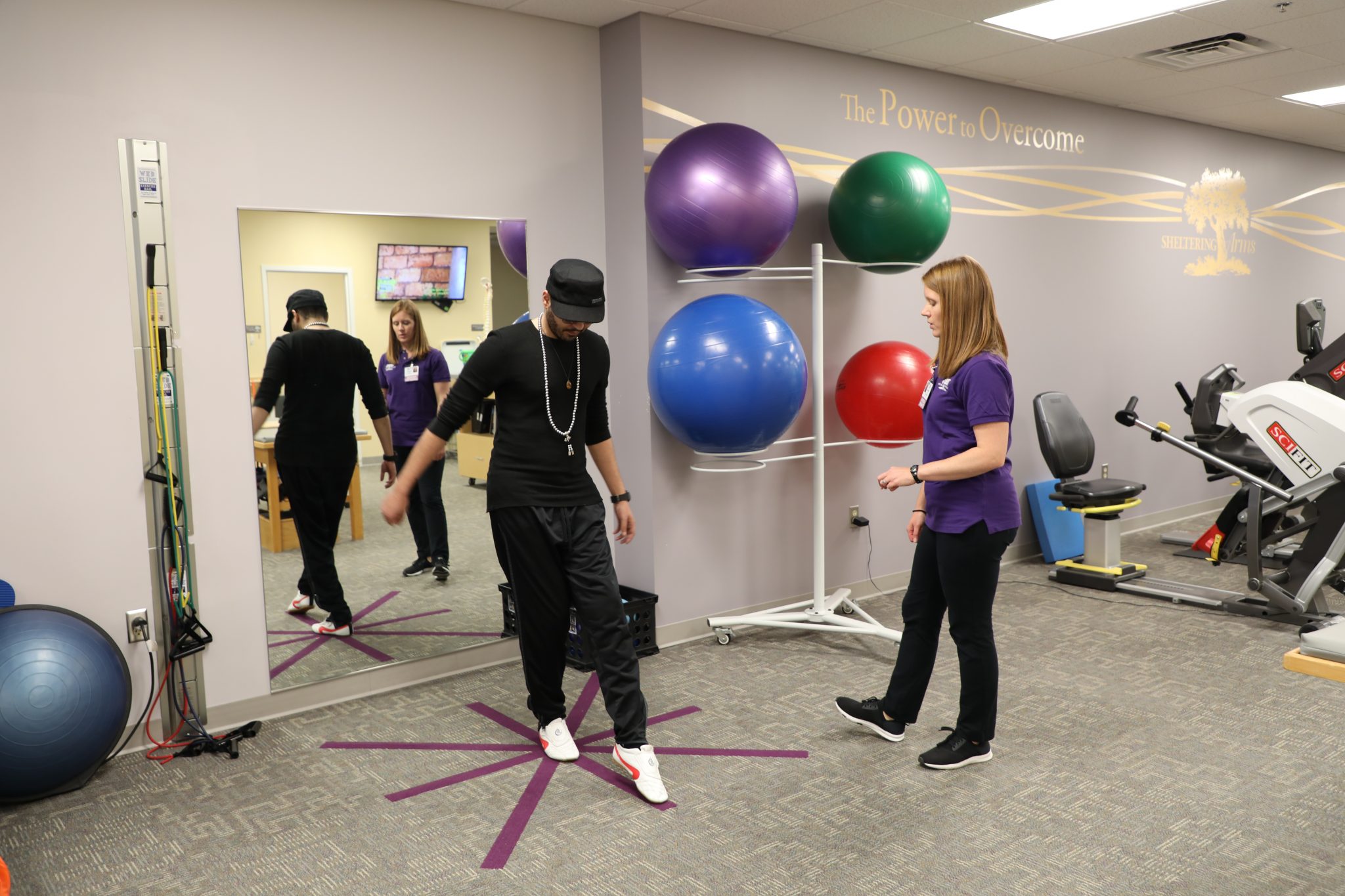 “I like a challenge” says 30-year-old Jordan Black enthusiastically as his physical therapist Dr. Jen Prugh asks him if he wants to try a balancing exercise on the open floor at Sheltering Arms’ Hull Street therapy gym.

On August 17, 2017, Jordan would face the biggest challenge of his life after he was hit by a speeding teenage driver in a pickup truck while crossing the street in his parent’s suburban Midlothian neighborhood.

“It’s definitely been a long road… I was dragged more than 50 feet. I was in a coma for more than a year, then spent another six months in the hospital when I woke up.”

As a result of the accident, Jordan suffered serious visible injuries as well as a traumatic brain injury and heterotopic ossification, where bone grows in soft tissues like muscles or tendons, inhibiting him from walking for a total of two years. “They tore off my whole back side, so that took forever to heal… I was in a wheelchair and couldn’t get out of the wheelchair,” Jordan recalls.

That is until April 2019 when Jordan began physical therapy at Sheltering Arms. By this time, he had progressed to spending half of his time in a wheelchair, but still couldn’t walk for more than two minutes at a time. “My condition was bad. I couldn’t get into cars, couldn’t sit in a chair or on a toilet,” he said.

To work on Jordan’s range of motion, Jen’s clinical strategies included a lot of manual stretching, encouragement and making his therapy functional. “Once I could help him see why we’re doing what we’re doing, he was able to immediately buy in and work hard to accomplish his goals,” she said.

After months of hard work, Jordan can now bend enough to get dressed, put his shoes on and only sits in a wheelchair for comfort. He said, “I’ve gotten more than 65 percent of my function back that I thought I would never get back again. Jen helped me with the strategy and the method to get into cars, which has made life a lot easier. I’m now able to see my friends. I can start working on driving again.”

He’s continued a strict therapy regime, coming to sessions once a week and doing exercises at home, and continues to make progress and fight his battle every day. “There’s going to be days when you’re going to feel down and you’re going to feel like ‘Why did this happen to me?’ But you’ve got to overcome that part of your mind and keep fighting because eventually, your brain is going to tell you, I’m okay with this. As humans, we were born to adapt and the only option is to adapt to what happened and that’s my outlook on it so that’s what’s kept me happy,” Jordan said.

“He’s a tremendous inspiration. Somebody who has had tremendous adversity and has fought through… He’s progressed faster than I expected at the beginning based on where he started,” Jen said.

As for what’s next, Jordan says, “I’m going to keep coming until I can reach my limit, until my body says I can’t progress anymore and even then I’m going to try and push harder because I don’t like to give up.”