To prevent the spread of COVID-19 (coronavirus), Sheltering Arms has implemented the following safety measures: No visitors at our hospitals except family members who have been asked to participate in person. Our outpatient centers remain open; however, if care is not urgent, we strongly encourage you to reschedule your appointment for June 10 or later. Visit shelteringarms.com/covid-19 for more information. 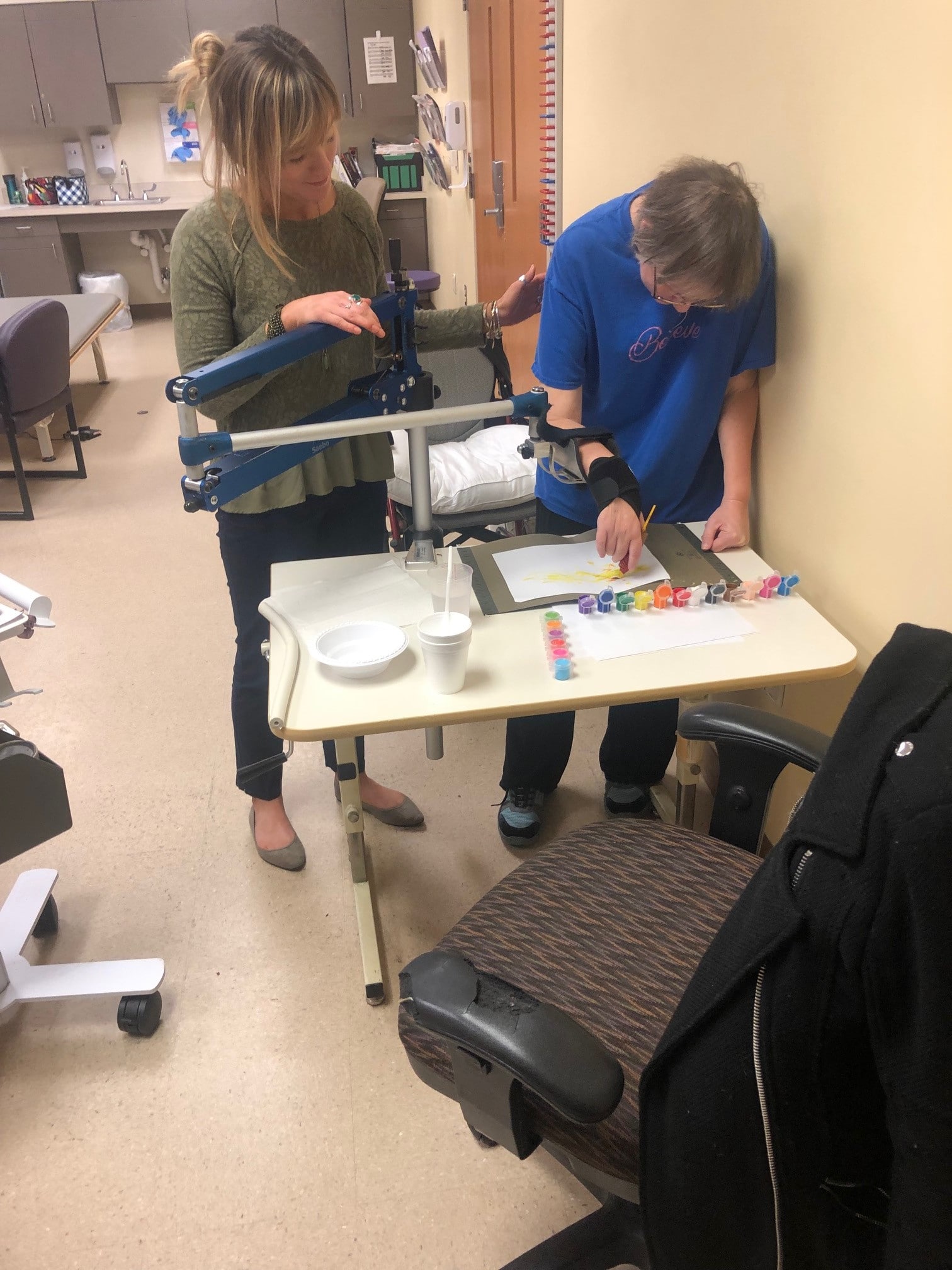 In October of 2017, Shelli Whitehurst got a mosquito bite, but this wasn’t any mosquito bite that itches and then fades; Shelli contracted West Nile Virus.

“Only one percent of all cases get it as bad as I got it, the neuroinvasive type. Most people get it and don’t even realize they have it, some people get it and have a few effects,” Shelli said describing the virus.

After several trips to the emergency room with symptoms of headaches, nausea and a high fever and being sent home without a diagnosis, Shelli woke up at 3 a.m. early one morning unable to move. “I was totally paralyzed in my arms and I couldn’t get out of bed, so we had to call an ambulance,” she recalls.

After 12 days in the hospital undergoing all kinds of tests including spinal taps, Shelli was diagnosed with West Nile. “In December 2017, the doctors came in and told her that she’d never get out of the bed and told me to put her in a nursing home,” said Frank, Shelli’s husband. “There were only three other cases as bad as hers at the time – two of those people died and the other one never got out of the bed.”

Nearly every part of Shelli’s body remained paralyzed, including her heart and lungs, leaving her with congestive heart failure and on life support, but the couple refused to give up. After spending eight months in Georgia to wean Shelli off the support of a ventilator, she walked out of the hospital and returned home, but her recovery journey was far from over. She could walk with assistance, but could not lift her arms and needed shoulder and ankle braces to support her joints.

“When we came home, the first thing we did was sign up to come to Sheltering Arms and I have not regretted that, not one little bit. Everyone has been so wonderful,” Shelli said.

She started with aquatic therapy at Bon Air in August of 2018. From there, our occupational therapists referred her to South for more arm-intensive therapy. Now, Shelli attends occupational and physical therapy three days a week at South and goes to Bon Air for pool therapy the remaining two days of the week.

“My husband takes me and does all the stuff that they showed him how to do. At Bon Air, they have books you can refer to, but the therapists also showed my husband what to do and are always recommending other things we can try in the pool,” Shelli said about her therapy.

“And it’s working,” Frank said. “Every day, on a minimum every week, something new happens like a muscle twitching getting stronger and it’s been like that since we’ve been there.” Shelli is now working on walking outside, climbing up steps and standing up from her knees in addition to therapy for her arms.

“The compassion and caring that you see at Sheltering Arms is just unbelievable. It’s like fast motion, things are happening quickly. I think it’s their expertise and that they focus on certain muscles; it produces excellent results. The way the staff communicates with each other and works together to fine tune what needs to be done is pretty amazing to me,” Frank said of his wife’s care. Shelli said, “They are very compassionate, very caring, and they make you feel like you’re part of the family and that’s very unique. It’s a lot of work, but it’s worth it… They’ve got me moving again which is a miracle!”